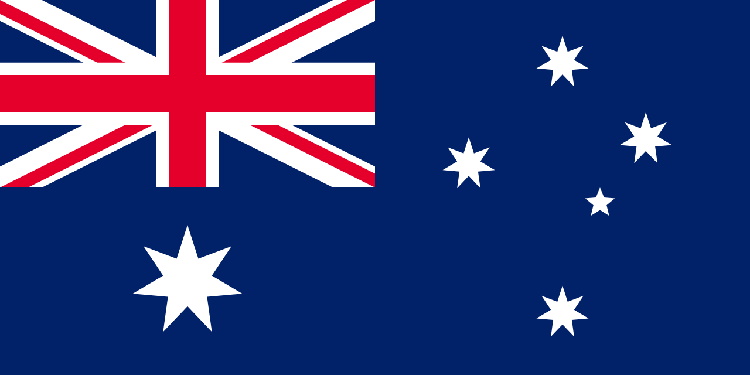 The Path to Success

The journey to success in life begins with a strong foundation. In the performing arts, learning and much practice are essential along the way. In her youth, Helen Reddy did not know that stardom was in reach. Nevertheless, she was a keen observer, watching the things her parents did to entertain audiences. Soon Helen was involved too, going on stage with her father. As she got older and on her own, she realized and rediscovered the performing arts anew.  As with many young performing artists, Helen poured her heart and soul into the endeavor.

In 1965, she saw an opening. Win the Bandstand contest in Australia and a recording contract might be in sight. To hear her tell the story of how she perceived the situation is enlightening. Helen convinced herself that she could win against all odds, even as many others were competing for the same prize. Taking self-confidence, willpower, and pure human energy to another level she won the contest and got a ticket to America and New York City.

It’s hard to say when and why Helen realized that Australia is a small pond. Modest success was possible in Australia, but to reach the top, America was her best bet. Hence her zeal to get to the United States and try for the magnificent career she had always dreamed of. And true to her plan, this is how things worked out.

Upon arrival in America, a leap in her career did not happen as expected. Success was elusive and not evident. At this stage, Helen drew on her inner strength. Keep your head down and keep working. In other words, don’t let short-term adversity distract you from the goal in your mind. Due to her immigration status work in music in New York was hard to come by. Trips to be on stage in nearby Canada filled some of the voids. She took gigs at every opportunity as circumstances allowed.

After Helen and Jeff (her husband) arrived in California in 1968, networking and developing contacts were important in moving Helen’s career forward. As her partner in life, Jeff pursued movers and shakers in the Los Angeles music industry to secure Helen a recording contract. But being newcomers in Los Angeles and unknown to executives in the local music industry and entertainment media, getting a start would not be easy. In any case, perseverance paid off. Artie Mogull, an executive at Capitol Records, gave Helen a recording contract.

The contract with Capitol Records was clearly the break Helen needed.  In 1971, she recorded “I Don’t Know How to Love him” on a 45-rpm single. The song quickly shot up the Billboard Adult Contemporary Chart, reaching No. 12 in June. Within a short period, Capitol released Helen’s first album, with the same title, to build on the success of the single. Even before the release of  “I am Woman” the following year in 1972, Helen’s musical career was ready to soar.

The next piece of the puzzle in Helen’s developing career and success as a singer is not as evident to most outsiders. As if Helen quickly discovered in America, go where the fish are biting. In the 1970s, women were pushing hard to better their station in life. That Helen’s personal values meshed with American women was a bonus point. Helen wisely chose to tap into this movement. However, after Helen’s death in 2020, Toni Lamond, her sister living in Australia, said that Helen was not a person who showed interest in social issues during her early life, saying Helen’s involvement with the women’s movement “came out of the blue absolutely.” In an interview published in TV Guide Magazine (July 27, 1973), Helen offers clarification of the matter expressing support for feminism, but with a limitation: “I am not a card-carrying women’s Libber,” said Helen.

Regarding the success of “I Am Woman,” Helen may not have realized at first that she was riding a huge wave. Fortunately, women showed up in droves to buy the newly released record in 1972. As a result, “I Am Woman” shot to No. 1 on the Billboard Hot 100 chart. The song became a phenomenon and shortly propelled her to a Grammy Award nomination. And, even with solid competition aiming for the same prize, Helen won the 1972 Grammy.

At the Grammy awards ceremony in Nashville, Tennessee, Helen, in her acceptance speech, offers thanks, saying “…she makes everything possible” to acknowledge the enthusiasm of American women for the record, for without so many women buyers “I am Woman” might have stalled and, as such, a Grammy win less likely for Helen. In any case, lyrics alone don’t deliver success. Grammy voters who chose Helen appreciated and admired her exceptional singing ability and musical talent. This is what carried the day and separated her from the competition.

From this point forward, Helen Reddy’s great musical talent as a singer was evident and recognized by millions. Her voice, beautiful as America would soon learn, and the songs she chose to sing were so amazingly interesting, connecting with the hearts and feelings of almost everyone. Helen’s professional career was in full bloom and beyond. Almost as in a flash of light, she had achieved the pinnacle of her profession and the goal she had sought for many years.

1965 performs on Australian Bandstand Starflight International TV show talent contest (her age 24) in Sydney, New South Wales, Australia. Sings the song “Strangers and Lovers” in final round of the contest. Wins contest and a prize, a free trip to New York City and an audition with Mercury Records

1966 arrives in New York City (her age 24) from Australia, along with her 3-year-old daughter, in search of a recording contract.

1966 lives in near dire poverty in New York City

1967 moves to Chicago, in September, for a brief stay of about 10 months

1970 sings on Johnny Carson’s The Tonight Show on April 24, with Flip Wilson as guest host for Johnny on this date

1973 competes (her age 31) with four other nominees, Barbara Streisand, Robert Flack, Carly Simon, and Aretha Franklin for 1972 Grammy Award for “Best Female Pop Vocal Performance.” Announced as Grammy winner on March 3, 1973, at a ceremony in the Tennessee Theatre, Nashville, Tenn.

1974 moves to Brentwood, an upscale neighborhood of Los Angeles, Calif., and buys a home

1976 performs at a dinner in the White House, Washington D.C. as a guest of President Gerald Ford

1981 final song  during career to reach Billboard Adult Contemporary chart “I Can’t Say Goodbye to You” (recorded by MCA Records) tops out at No. 42

1983 marries Milton Ruth, a drummer in her band from Australia

1989 performs at Symphony Hall in Salt Lake City accompanied by the Utah Symphony, a charity concert for retired musicians

1990 much time spent with charities, fundraising, and corporate events

1990 guest banquet speaker at conference “Windows to the Past,” in Salt Lake City, sponsored by the Federation of Genealogical Societies and the Utah Genealogical Association, with support from Mormon Church

2001 enrolls as a student at the Hypnosis Motivation Institute, San Fernando Valley, Calif.

2002 moves from Los Angeles to Norfolk Island, New South Wales, Australia, and later moves to an apartment in Sydney

2003 practices as a clinical hypnotherapist in Sydney, New South Wales, Australia, and works with individuals who want to connect with people who have died or to explore past-life regression

2009 added to National Film and Sound Archive in Melbourne, Australia

2013 featured with a full chapter in book Inspiring Australian Women by Kathryn Spurling and als. Included in the book is a photo of a painting of Helen Reddy (as she appeared in her later life) the portrait of Helen painted by award-winning Canberra artist Margaret Hadfield, especially for the book

2015 diagnosed with dementia (her age 74). For at least half of her life, suffered from Addison’s disease, a chronic but manageable disease.

Access the full article in the Institutional Repository at the University of Alabama: