No conversation about Montana history is finished without talking about Carl Rowan (1909 – 1996). Mr. Rowan was the owner and chief cook and bottle washer of Gamer’s Café in the city of Butte from 1944 until 1993, when he finally retired and sold the restaurant.

Over that stretch of time Mr. Rowan likely met every person in Butte, and, for that matter, a huge swath of the citizens of Montana and points beyond. Guests entering Gamer’s Café were always greeted by the man himself, even before an order was placed. You can meet a ton of people over a lifetime, a few are memorable, most are not. Mr. Rowan falls in the former.

On a typical morning at the restaurant in the early 1990s, Carl took your order and served the meal. This was out of necessity since Carl was the only person on duty to take care of customers. By this time, Carl was 83 years old. But nothing slowed him down. He was on the job every day.

During his later years at Gamer’s, business was often slow on many days. Why? It is hard to say. On the plus side, with so few customers around, Carl always had lots of time to chat with customers. The Chief of the local division of the Montana Highway Patrol came in regularly. He likely knew that Carl’s days in the restaurant business were coming to an end. Anyway, the two men, one middle-aged, and Carl, now old, bonded. Other customers shared a close relationship with Carl, as well.

This was Carl, a friend of everyone. Noticing his big smile and cheerful disposition, customers could tell Mr. Rowan thrived on relationships. Not the fleeting kind but always enduring and so human and genuine.

Some may suggest that Mr. Rowan was a little on the eccentric side. More likely, Carl’s behavior can be understood as a reflection of his zeal for showmanship. Take for example, a common business practice in his restaurant. After Carl presented a customer with the check, the customer, if a regular, knew the next step in the process to complete the transaction. With Carl at some distance away behind the counter, the customer was expected to march to the cash register on the far end of the counter, open the cash drawer, make the correct change, and deposit the amount due. An honor system such as this could only survive in Carl Rowan’s world, Butte.

Carl likely heard a zillion stories from locals over his many years in the restaurant business. On one day, in the winter of 1992, a not so regular dropped in to share with Carl a photograph taken near the end of WWII in Italy. The elderly man from Butte, a veteran, was in Italy in 1945 and saw what had happened in the chaos in northern Italy at the end of the war. A photo no one would ever show to children for sure.

Every story has an element of mystery. Butte-Silver Bow had around 33,000 residents in the early 1990s. Yet, few showed up to dine at Gamer’s Café at least on weekday mornings during the fall and winter months. Why did Carl stay so long in Butte? He had talent and charisma that would have taken him far in other larger cities? Still, Carl stayed and was undaunted and satisfied. He enjoyed his job and above all he loved every customer who entered the front door of Gamer’s.

Nowhere is it recorded how many people showed up for Mr. Rowan’s funeral on a crisp fall morning in late October of 1996. Looking back on that day, if they did not go, they missed an opportunity to say a final farewell to a man who gave so much of himself to so many. Butte can be proud to claim Mr. Carl Rowan as a favorite son.

The slogan at the top of the Roosevelt Arch, a huge monument located at the north entrance to Yellowstone National Park near Gardiner, Montana says, “For the Benefit and Enjoyment of the People.”  Is this the best way to think of the park?

“For the Conservation of our Natural Heritage.”

The forests, wildlife, rivers, and the landscape, more generally, are what makes Yellowstone a special place worthy of preservation and protection.

As for the Park’s cultural history,  the man-made structures/buildings in Yellowstone are only of minor interest and importance. They are a reminder of   commercial ventures, past and present, seeking to exploit this natural wonderland. 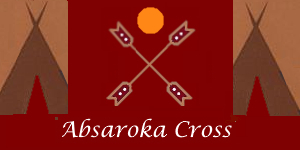